Last week, Oliver Hermes, President and CEO of the Wilo Group, was a guest of Chancellor Merkel in Berlin for a four-eye discussion. 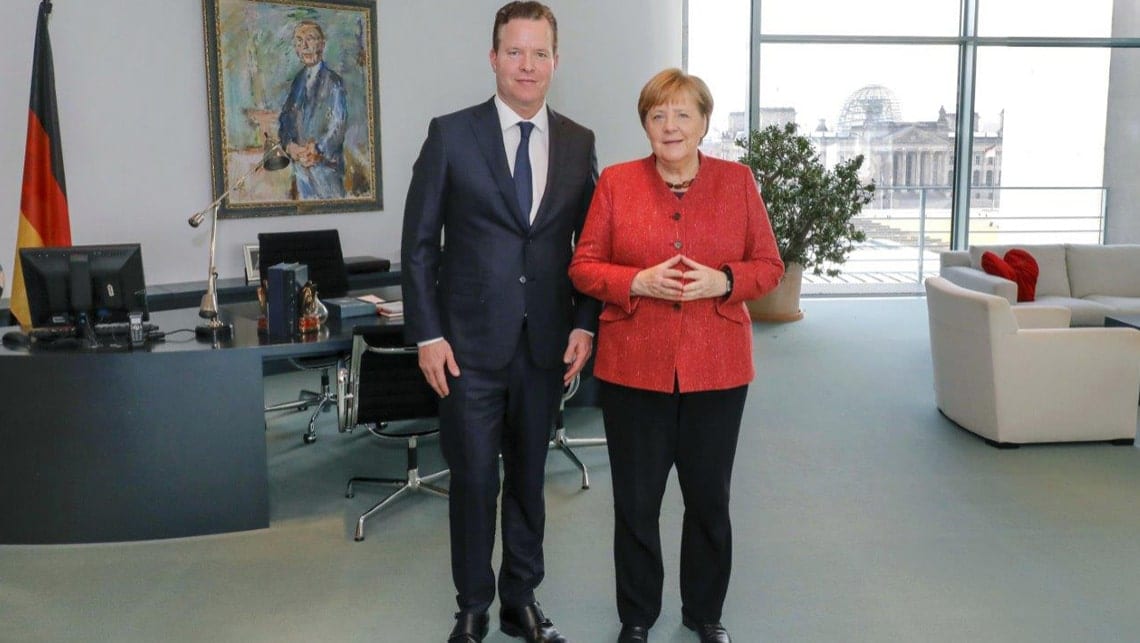 Oliver Hermes, President and CEO of Wilo Group, as guest of Chancellor Merkel

Oliver Hermes, President and CEO of Wilo Group, as guest of Chancellor Merkel

In his function as President of the German Eastern Business Association, an exchange on various economic policy topics took place. In addition to challenges for companies arising from increasing geopolitical uncertainties, the digital transformation and climate protection, concrete projects in the regions of the Committee on Eastern Europe such as Central Eastern Europe, Central Asia and Russia were discussed.

Furthermore, the Wilo CEO took the opportunity to inform the Federal Chancellor about the current investment project "WiloPark" and to personally extend an invitation to the ceremonial opening on 23rd April 2020. "The Federal Chancellor was enthusiastic about Wilo's holistic implementation of the digital transformation and the coupling with our climate protection strategy", Oliver Hermes said afterwards.