The Team German Men’s Eight is picking up speed again! 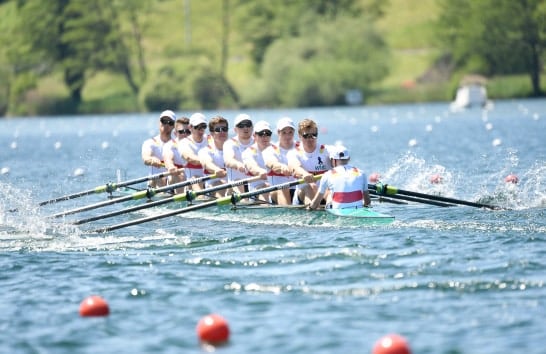 Two big races are still waiting for the Team Germany Eight this year.

The outbreak of the corona pandemic also hit Team German Men’s Eight hard this year. Not only were the Tokyo Olympic Games planned for this year postponed to 2021, the European Championship and numerous World Cups could not take place as planned.

But now there is the first good news: Both the European Championship in Poznan in Poland and the legendary SH Netz Cup in Rendsburg have found alternative dates. The European Championship will take place from October 9 to 11, 2020, just a week later, from October 16 to 18, 2020, the SH Netz Cup in Rendsburg. The rowing competitions at the Olympic Games in Tokyo were also scheduled. These will take place from June 23 to 30, 2021.

We keep our fingers crossed for the Team German Men’s Eight and wish them all the best for the upcoming competitions.