The geoeconomic turning point: 30 years of hyperglobalisation are over!

When politicians speak of a “turning point” these days, they usually mean a geopolitical or historical turning point marked by Russia’s invasion of Ukraine on 24 February 2022.

There was more than enough tension in the world before that date. However, we never imagined that a conflict would escalate to the level it has in Ukraine. The violence and suffering that people are facing in the middle of Europe and other parts of the world is devastating and deserves all of our sympathy and help.

Difficult times challenge those certainties thought to be secure. We are living in a period characterized by secession, self-sufficiency, protectionism and growing international tensions, to the point of war. 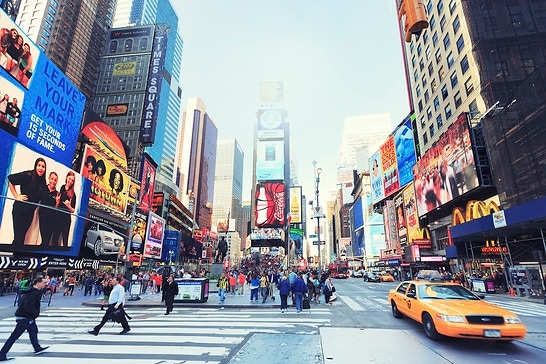 In many respects, this development can also be described as a “backward roll”. The backpedaling on energy transitions, the inflation turnaround in mature markets, the subsequent monetary policy interest rate turnaround by central banks, and the associated real estate turnaround are the result of the actions of political actors worldwide. In terms of foreign trade, the following remains to be said: 30 years of hyperglobalisation are certainly over. Instead, the horror of “decoupling” is now wreaking havoc on every continent.

In all its forms, decoupling means that multinational co-operations will weaken, alliances will crumble and economic bridges between states (and therefore between politically diverse systems) will topple.

“Decoupling” is no invention of the economy, mind you, but the primacy of politics also applies to companies. Decoupling markets is therefore politically intended to protect critical infrastructure in individual regions, guarantee territorial sovereignty and secure prosperity.

It is often forgotten in the political sphere that there is not and can never be an “end?to-end” independence of economies with complex systems. Especially when it comes to the supply of raw materials, import substitution has its limits in mature markets and regions. We simply cannot do everything nationally or regionally ourselves. Multilateral structures and processes are and remain to be essential for efficient and sensible economic and social action on this earth.

Firstly, the geographical dimension describes the respective regional effects of isolation and decoupling.

Secondly, the technological dimension comprises the phenomenon by which various markets apply their own standards for products, systems, and solutions.

The fourth dimension represents the global impact of decoupling on the supply of natural resources to people.

All four dimensions interact with each other 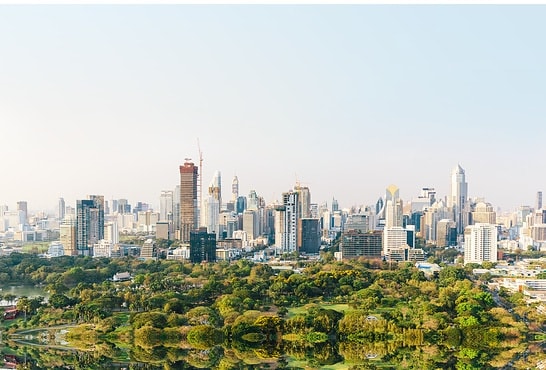 The power struggle between the US and China is the central geostrategic conflict of today. The states in between, the so-called “sandwich states” in Europe and the Pacific region, must re-evaluate their opportunities and risks in this field of tension. This also applies to the economic actors.

If you consider the trade volumes of the individual world regions relative to each other, published by the United Nations Conference on Trade and Development (Unctad) in February 2022, you will see that all continents are very closely intertwined economically.

For example, Ukraine and Russia combined account for about 30% of all global wheat exports. Disruption, blockage or disconnection between these global trade linkages will lead to food crises and famine in many parts of the world.

Similar dependencies exist between global communities and Taiwan. Taiwan’s semiconductor industry is globally classified as systemically important. About 77% of the chips produced worldwide come from here. An escalation of the Taiwan conflict could have dramatic repercussions and would ultimately destabilize the already fragile global economy.

'It is easy to see that the disentanglement of global trade patterns would lead to enormous efficiency losses and consequently to a loss of prosperity.'

Many people are not aware of this possibility. For example, according to a survey by the Civey Institute in 2022, only 35% of the German population still consider globalisation to be an opportunity. 61% see globalisation more as a threat. In 2017, the result of the survey was exactly the opposite. At that time, globalisation had a positive connotation for around 60% of respondents and only 40 percent saw it as a risk.

This change in attitude is an extremely worrying development, but it is part of the geoeconomic turning point. It is often overlooked that the business model of the EU, especially that of the Federal Republic of Germany and therefore our jobs and our prosperity, is based on globalisation and multilateralism.

Deglobalisation and decoupling may make regions and countries a little more sovereign and independent of other states, but they will also become more inefficient in many areas, as well as more expensive to operate economically. Citizens will have to pay the higher consumer prices for this, with the accompanying loss of prosperity and all the social risks that arise

On the corporate side, those players who are integrated into globally functioning value chains have the most to lose

They need to reorganise now. It is clearly foreseeable that supply chains, already fragile and strained by the pandemic, will be further disrupted by decoupling. One way out of the dilemma posed by geographic decoupling is for companies to invest regionally.

To this end, globally operating companies need to re-examine strategic alternatives for action in the most important markets. The question to be answered is, which current position and future prospects does an individual region or country differentiated according to procurement and sales markets have for a company?

With regard to decoupling countries, in which globally positioned companies have relatively little market and revenue share and from which little is sourced at the same time, divestment should be considered. This is particularly relevant if the company’s business activities in one of these countries pose reputational risks.

If there are dependencies on the company’s procurement side to decoupling countries and regions, then alternatives must be created in the short term. Diversification of sources of supply is required at an accelerated pace.

For decades, Germany lived very well and cost-efficiently on Russian pipeline gas. As an energy-intensive industry, the economy as a whole and consumers individually have benefited enormously from this. Our prosperity is partly the result of this cheap energy supply. However, country-specific dependencies on Russia have continuously increased by far-reaching political decisions across party lines over decades. On the one hand, this was a missed opportunity to structure sufficient procurement capacities from alternative supplier countries. This particularly applies to the purchase of liquefied natural gas (LNG) and the development of corresponding infrastructures. On the other hand, the decision to withdraw from nuclear energy, hard coal and lignite, as well as the political decision not to produce shale gas in this country, have increased our dependence on Russia. Many measures taken by political actors are now aimed at correcting these self-inflicted strategic mistakes as quickly as possible. 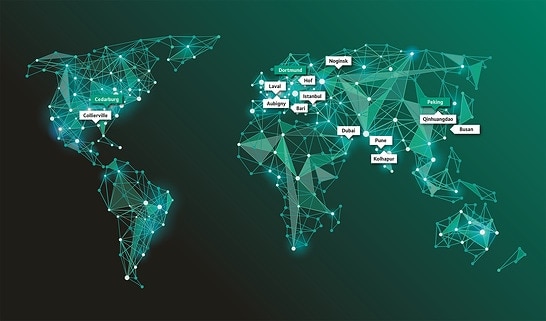 If only the sales market in an unbundling country is of high importance for a company and no production site exists yet, targeted investments in the localisation of activities may have to be made. In this context, local value creation must increasingly be rebuilt.

This build-up is necessary to be able to defend or expand markets. A country that is unbundling will also always try to engage in import substitution, which can be to the detriment of export-oriented companies that do not produce locally: no value creation in the country, no access to the market.

If individual regions and states are striving for economic sovereignty, for example in relation to critical infrastructures, and if both the procurement market and the sales market are of great importance to a company, it may be necessary to strengthen its own existing value chain regionally. This will be “local for local”, meaning that raw materials and primary products will be procured locally in the decoupled country itself, which are necessary for local production and satisfying country-specific market needs. This creates a high degree of autonomy and opens up several strategic alternatives for action.

In the case of a far-reaching politically intended decoupling of a country from world trade, the local unit can continue to operate and function as a subsidiary, or it can be sold off as a whole. The higher the local value-added depth in the case of a divestment, the higher sales prices can usually be realised for the subsidiary upon disposal.

In addition to the consideration of goods, the financial dimension is also important. As a matter of principle, it must be ensured that generated revenues and profits can be transferred to the respective country of the parent company. If this is not the case and there are dividend transfer restrictions, investments in a decoupling country are to be classified as high-risk.

'Decoupling could throw fuel on the geopolitical fire.'

When considering the opportunities and risks of decoupling, it is clear that exclusion, sanctions and isolation, not to mention tearing down bridges, have never once in world history generated added value.

From a scientific point of view and in the context of intended changes in the behaviour of political actors, sanctions only have a limited effect, and in the case of autocracies they are ineffective for many reasons. They often cement the existing political systems of rule in the sanctioned country and do not bring about “regime change”, i.e. change in the power structures.

However, it is indisputable that widely implemented multinational sanctions, legitimised for example by a UN mandate, are much more effective than national or regional solo efforts. In the absence of such global legitimacy, the economies of sanctioning states and regions lose market share to those of non-sanctioning states.

This effect can be observed worldwide, especially when implementing and observing the effectiveness of Russian sanctions.

Politicians, together with their citizens, must weigh up the high price a country is willing to pay for the release of sanctions against other states. For this, citizens need a high degree of transparency, not only with regard to ethical and moral considerations and the security and defence policy dimension, but also with regard to the effects on their own jobs and wallets.

In conclusion, it can be said: In contrast to “decoupling” in all its forms, economic dependencies and interdependencies, especially in geopolitical conflict situations, increase the willingness to compromise and potentially contribute to de-escalation.

Decoupling is an illusion and circumvents reality – believing that the world can be organized in a bipolar way or divided into “good” and “evil”, with value-based Western?style democracies on one side and states with divergent political systems on the other.

The more realistic system is one where the diverse political systems on our planet responsibly coexist. Multilateralism instead of “decoupling” is the order of the day.

Or in other words:

'Once the world economy has been decoupled as far as possible along the power and military blocs, the waging of wars becomes easier. And that too is anything but desirable!' 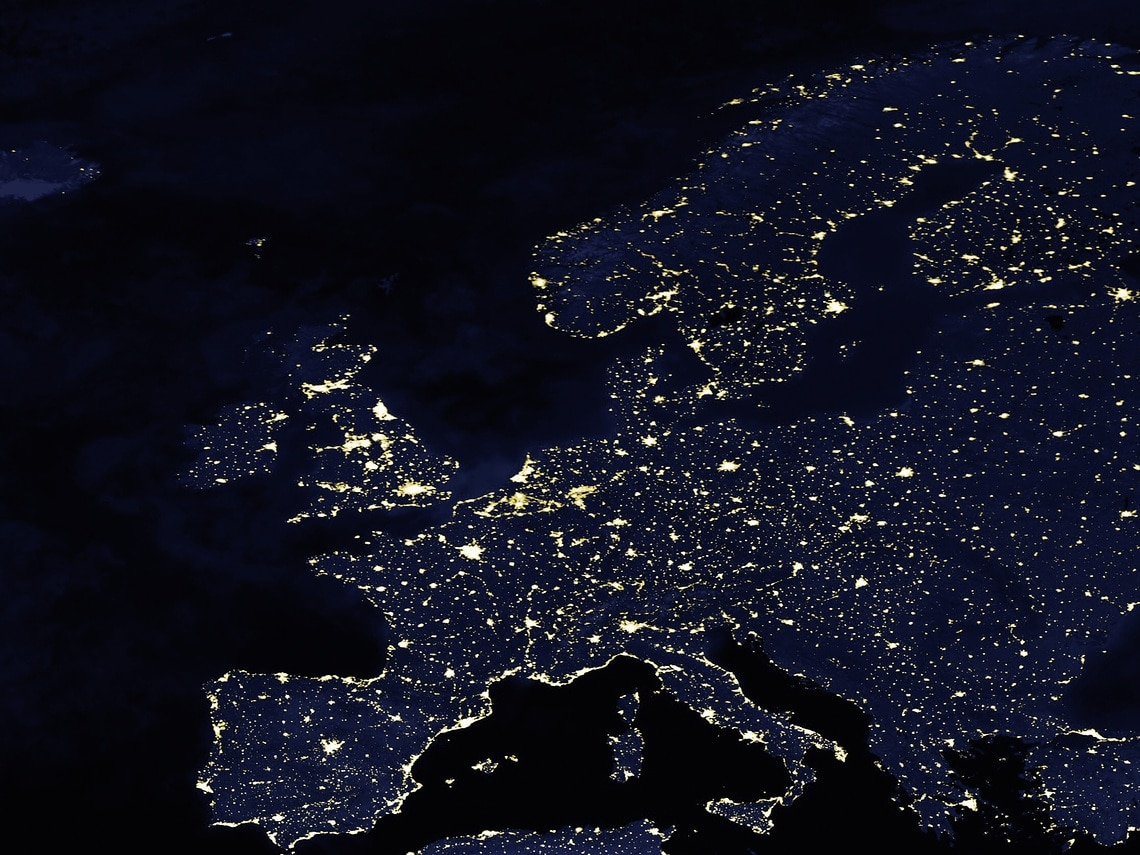 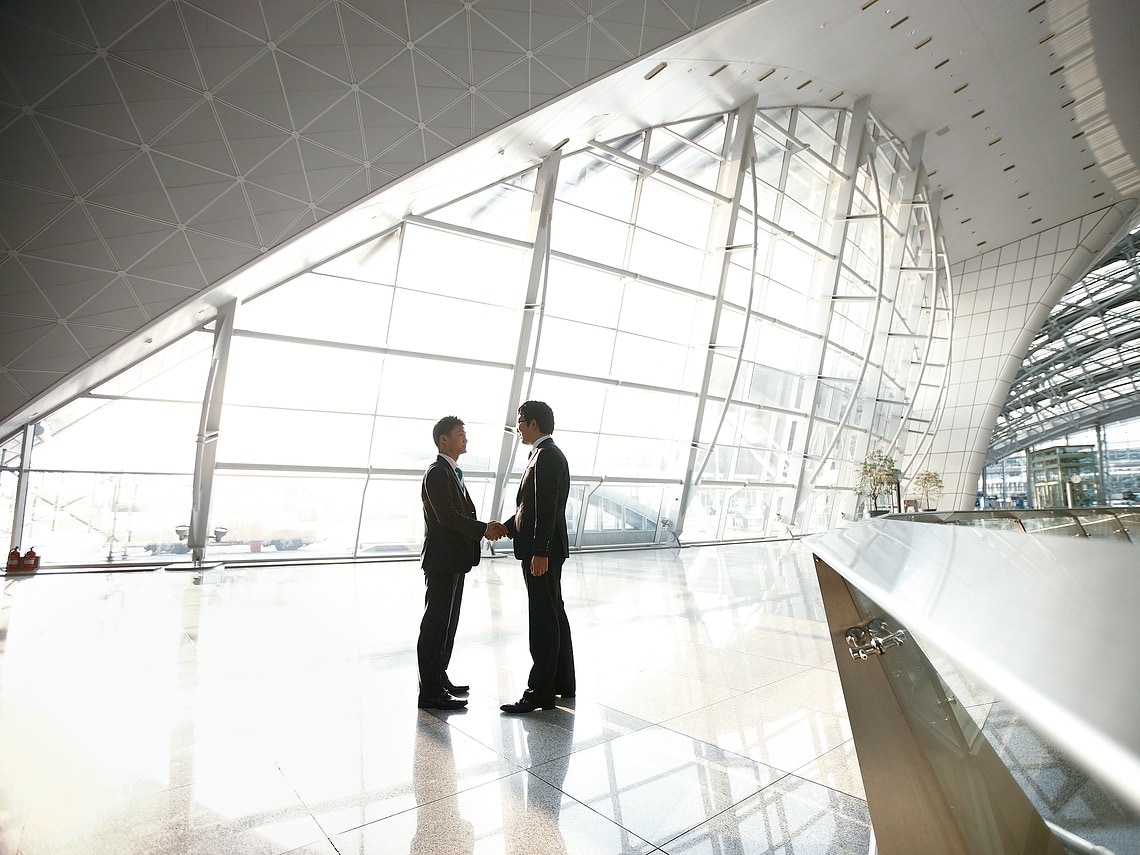