The response to decoupling is more entrepreneurship

An increasing number of German and European companies are getting caught in the battle of geopolitical dispute. The effect this is having on the development of the world economy is becoming more and more inhibiting. In the future, unfortunately, this will be dominated by self-sufficiency and protectionism even more so than it was before the pandemic.

Joe Biden being elected as president of the United States will not change a thing, as is already becoming clear. Quite the contrary, we’re experiencing “Globalisation 2.0” and, as companies, we must take a strategic approach to the effects of this megatrend.

After all, companies and their foreign economic relations (built up over decades and of great value) are all too often used by foreign policy as pawns in the geostrategic struggle between systems. As a consequence, “Globalisation 2.0” will portend anything from the unravelling to the total rollback of global economic ties – a process sometimes referred to as deglobalisation.

The spectre of decoupling, now haunting international economies from across continents, is often falsely underpinned with positive connotations. Decoupling of markets is supposed, above all else, to protect critical infrastructures in individual regions, guaranteeing territorial sovereignty and with it, prosperity.

'Decoupling is the opposite of multilateralism.'

In all its manifestations, decoupling means that multinational co?operations will weaken, alliances crumble and economic bridges between states (and therefore between politically diverse systems) topple. European companies stand to lose the most.

The EU’s business model (Germany’s in particular and with it the prosperity of us all) is based on multilateralism. However, entrepreneurs in Germany must prepare for various forms of rampant decoupling and develop strategies to counteract it with proactive entrepreneurship.

The German economy is highly integrated into global value chains. Now, it must reorganise. Consider: one in four jobs in Germany is in exports; in industry, it’s one in two.

According to the Association of German Chambers of Industry and Commerce (DIHK), the European Union makes and receives the most foreign investments globally and is the central economic partner in over 80 countries.

This makes it our responsibility as entrepreneurs to spell it out to the political elite, not just in the EU but worldwide, that establishing and developing value chains is the essential task of economy itself.

Value chains must not become part of a political game

They must not be permitted, from one day to the next, to be interrupted, altered or divided up. States should distance themselves from regulation to this end and only employ decoupling measures where exceptional conditions warrant it. Of course, politics takes priority over economics, especially with regard to questions of national or regional security. And yet it would be reckless to give broad definition to what constitutes exceptional conditions and which sectors of the economy are considered critical.

The power struggle between the US and China is the central geostrategic conflict today. A few days ago, the EU Foreign Minister, together with the USA, imposed sanctions against China for the first time since 1989. Immediately, China responded with counter-sanctions of its own. This incipient sanctions war is putting an increasing strain on foreign economic relations with direct effects on the European economy.

Trade sanctions, extraterritorial sanctions, technology embargoes and the politically motivated decoupling of value chains will all have devastating consequences for the hyper-globalised world economy – especially for enterprise in Europe. 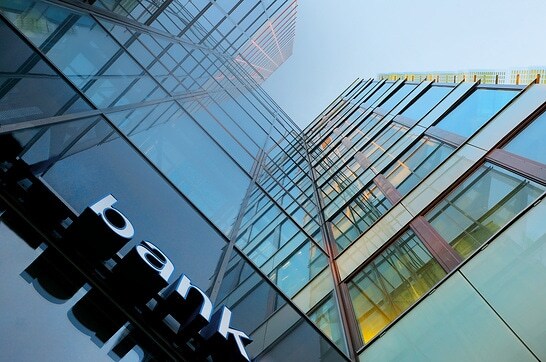 Decoupling has at least three manifestations

To begin with, the geographic dimension describes the effects of isolation and decoupling on individual regions. Secondly, the technological dimension comprises the phenomenon by which various markets apply their own standards for products, systems and solutions. This is especially true for smart and intelligent products, the use of which requires the de factor or at least potential exchange of data. The third dimension, fiscal decoupling means the dismantling of interdependencies between financial and capital markets as well as currency and payment systems.

Companies should diversify and invest, regionally and intelligently

One way out of the dilemma posed by geographic decoupling is for companies to invest regionally. Such measures should be expedited. Instead of pulling out of individual regions and engaging in nearshoring or reshoring, global players should undertake to quickly regionalise their activities.

The attempt, mostly led by the United States, to isolate China in geo?economic terms has already failed. At the end of last year, the RCEP, the world’s largest free trade agreement, was signed in Asia by 14 countries in Asia and the Pacific. With 2.2 billion people, the RCEP region is an economic power centre that generates nearly 30 % of global GDP.

Paradoxically, while the US’s attempt to isolate China failed initially, it ultimately led to further decoupling of the USA from Asia by way of the RCEP pan-Asian integration project. In the future, new regional ecosystems and value chains established in Asia will see less involvement by the USA and Europe.

It is absolutely crucial that European countries and the German economy above all stay on the ball to remain part of developments in Asia. This will not be possible without bold regional investments and more decentralised structures.

Prudence and caution in the face of technological decoupling

In order to defy the technological dimension of decoupling, avoiding “innovating past” the regional standards for products, systems and solutions that are sure to come, companies should also diversify and, wherever possible, regionalise their R&D activities. This will require special entrepreneurial resolve as well as caution. Especially in view of regional differences in the legal treatment of intellectual property rights, entrepreneurs should carefully weigh the opportunities and risks posed by the technological dimension of decoupling.

The only appropriate response from companies to the decoupling politics of containment and isolation is more regional responsibility and diversification. When it comes to research and development, withdrawal is not an option open to the European economy.

Some states seek to decouple from the global payment system

Furthermore, a few countries are preparing to decouple financially. The goal is to achieve greater independence from Western-influenced and Western-dominated international financial and capital markets. This also pertains to systems for operative transactions.

In trafficking internationally with goods and merchandise, global players are dependent on well-functioning and secure payment systems. In order to transact global payments between individual economic actors across borders, it is essential that the financial institutions undergirding the payment system are interlinked.

If this link is decoupled, companies themselves must build structures that allow them to pay suppliers and employees in individual countries as well as accept payment from customers. What is needed here is more entrepreneurial prudence.

German and European global players are often centrally financed. In the future, it will be necessary for companies to regionally diversify their fiscal value chains, decentralising them further in the process. A first step would be setting up regional treasury functions.

In summary, all three dimensions of decoupling demand more entrepreneurship, resulting at the same time in substantially increased costs for companies.

Viewed through a global lens, decoupling serves no one – least of all globally networked companies in Germany and Europe. And still they must prepare for it. It is all the more astonishing then that the European Union and Germany have still not developed a viable geostrategy that could be used to implement safeguards for foreign trade. Safeguards that global companies need now more than ever.

Europe’s politics of symbols and sanctions is no replacement for a geostrategy. From the viewpoint of many companies, turning the G7 into a D10 Summit (a meeting of ten democracies including India, Australia and South Korea) is also not sufficient as a replacement for a viable geostrategy. Joe Biden deciding to host an international summit of democracies is also not enough.

It is an unrealistic illusion to believe that the world can be organised in a bipolar fashion, with value-based Western-style democracies on one side and states with divergent political systems on the other. The geopolitical reality is multipolar, a complex construct of competing interests and distributed powers. The more realistic system is one where the diverse political systems on our planet responsibly coexist. Global economic ties, in any case, are so varied that decoupling them would only cause damage and destroy prosperity. 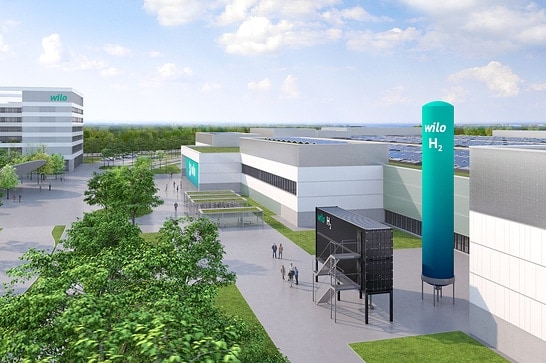 Decoupling could throw fuel on the geopolitical fire

Let’s be clear about this: decoupling is an invention of the political elite.

The economy is largely critical of such developments, resulting as they do in economic inefficiencies as well as the destruction of both material and immaterial assets. Nonetheless, companies unfortunately still find themselves constrained to direct their strategies to the various dimensions of decoupling.

Exclusion, sanctions and isolation, not to mention tearing down bridges, have never once in world history generated added value. On the contrary, it is economic interdependencies that inspire a spirit of compromise and aid in de-escalation, especially in the face of geopolitical conflicts.

So, at the risk of sounding old-fashioned: In these times of increasing geopolitical tensions, change through trade is the order of the day and by no means outdated!

Chairman of the Executive Board & CEO of the Wilo Group

Chairman of the Board of Trustees of the Wilo Foundation 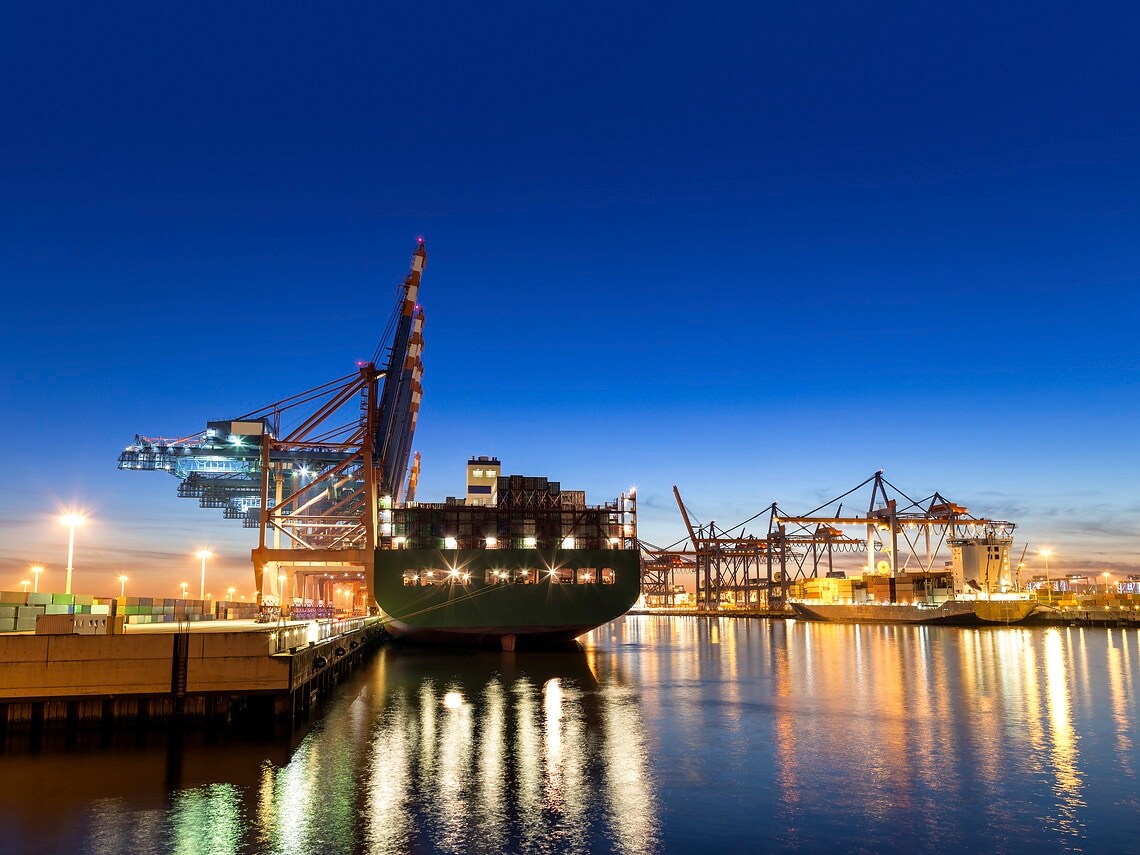 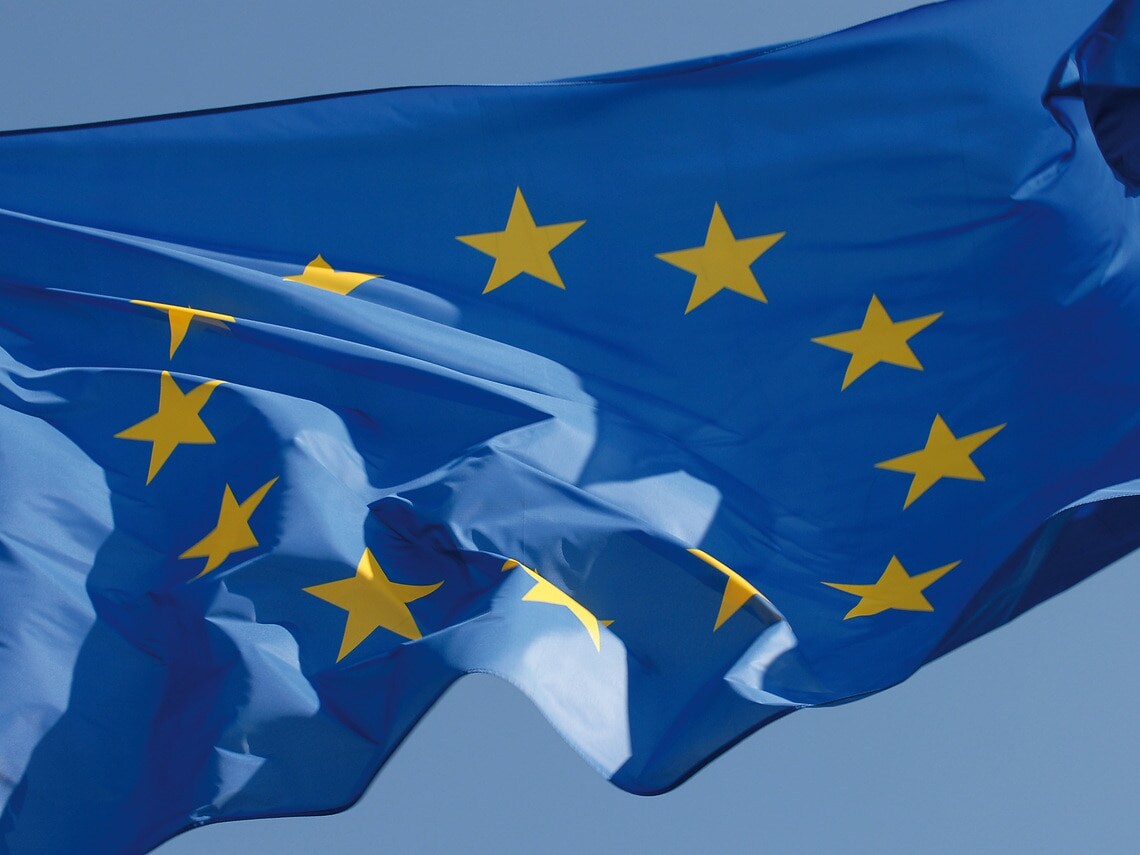