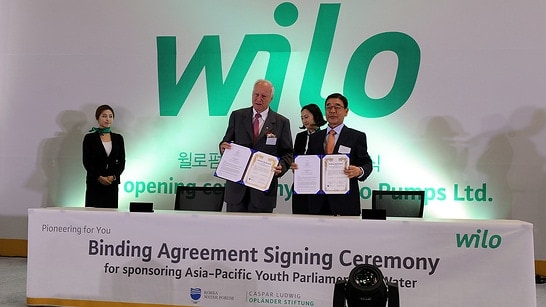 Founder Dr.-Ing. h.c. Jochen Opländer with the President of the Korea Water Forum at the inauguration of the new Wilo plant in Busan, South Korea (2013). The foundation has been a committed supporter of the Asia-Pacific Youth Parliament for Water ever since.

As Managing Director, CEO and later Chairman of the Supervisory Board, Dr.-Ing. h.c. Jochen Opländer has shaped and driven the growth, international focus and technological achievements of the company that is now the Wilo Group for decades, always making sustainable engineering a priority. He developed pioneering solutions in the area of energy efficiency and set new standards worldwide. In terms of globalising the business, he advanced the eastward expansion of the company, in particular. By setting up new plants in Turkey and Korea, for instance, he opened up new markets. In 2000, he purchased the LG pump business in South Korea and successfully established its Korean subsidiary Wilo-LG Pumps Ltd., a major step in gaining access to the Asian market. This had been preceded by the successful merger with the traditional French mechanical engineering company “Salmson” in 1984, which had specialised in pumps since the 1960s. Both M&A activities constitute major milestones in Wilo’s history. By entering global markets, he ushered in a new era of internationalisation of the Wilo Group. Today he still supports the company as Honorary Chairman of the Supervisory Board. 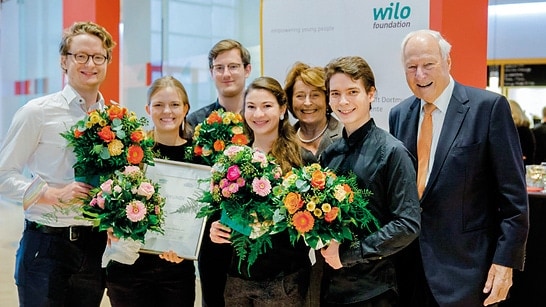 Since 2012, the Foundation has awarded two prizes a year to scholarship holders of the Mozart Gesellschaft Dortmund in support of particularly talented musicians.

Dr.-Ing. h.c. Jochen Opländer has always shown an exceptionally strong sense of responsibility as a family entrepreneur. It is this sense of responsibility that drove him to create a stable shareholder structure for Wilo’s global workforce of around 8,000 employees by setting up a foundation. After years of careful consideration and planning, the idea took shape and was finally realised in 2011. Since then, the foundation, which is the Wilo-Foundation today, has been the majority shareholder of WILO SE. This structure provides security with regard to the continuity of the Wilo Group, which is an important aspect, but also creates independence, which is equally important. In setting up the foundation, Dr.-Ing. h.c. Opländer also pursued the goal of preserving and upholding the family’s as well as cultural values and to give back to society, particularly in regions and cities where Wilo has sites. 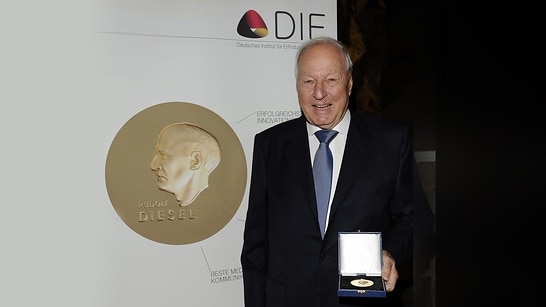 On 30 November 2012, Dr.-Ing. h.c. Jochen Opländer was presented with the Diesel Medal of the Deutsche Institut für Erfindungswesen (German Institute of Inventions) in the Hall of Fame of the Deutsches Museum, Munich.

His outstanding accomplishments have been recognised by numerous awards and honours, including the Diesel Medal of the German Institute of Inventions, an award of highest international renown, the Badge of Honour of TU Dortmund University, the Hermann-Rietschel Medal of Honour of the VDI Society for Building Services Engineering, an Honorary Doctorate from the Technical University of Dresden and the Federal Cross of Merit.

Moreover, he was President of the European Association of Pump Manufacturers EUROPUMP from 1987 to 1989 and in this role represented the interests of German pump manufacturers at the international level. 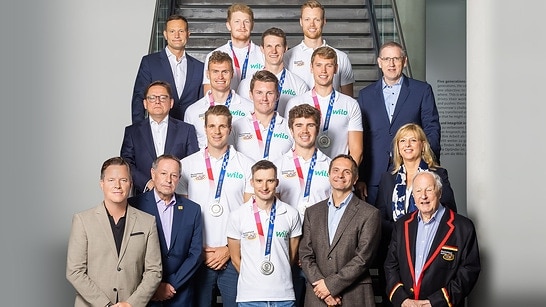 26.08.2021: The Management Board of WILO SE and Dr.-Ing. h.c. Jochen Opländer, shareholder and Honorary Chairman of the Supervisory Board of WILO SE and founder of the Wilo Foundation, as well as Evi Hoch, Board Member of the Wilo Foundation, welcomed the Germany eighth including trainer Uwe Bender and Managing Director Carsten Oberhagemann at the Wilopark.

Like his father and grandfather, he takes a strong interest in culture and, to this day, is a dedicated supporter of cultural life in Dortmund. He is, for instance, a member of the Board of Trustees and sponsor of the Dortmund Culture Foundation, and a patron and ambassador of Konzerthaus Dortmund. Dr.-Ing. h.c. Jochen Opländer has been supporting the sport of rowing for decades, continuing a family tradition. His achievements have been recognised in many ways; he is, for instance, honorary captain of the German Men's Eight (gold medallists at the 2012 London Olympics), was awarded the medal for outstanding achievements of the German Rowing Association (World Rowing Championships in Linz, 2019) and is an honorary member of the rowing club Ruderclub Hansa e.V.